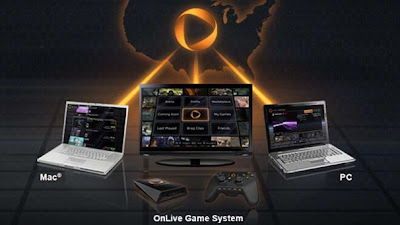 Sure the graphics are not as good as a decent physical gaming rig that sits under your desk… but that's NOT what OnLive is trying to be! It allows me to play Windows games on my Apple MacBook Pro, even using an XBOX 360 USB controller that normally doesn't work on a Mac, or my wife's now old and very underpowered Windows laptop that these games wouldn't normally play on at all. They even have a piece of hardware that you hookup to your HDTV that comes with a gaming controller and you can play your games in your living room similar to an XBOX 360 or PlayStation 3! 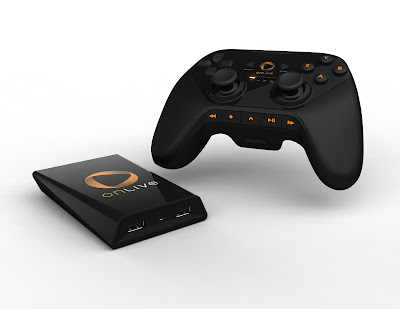 I am not entirely sure of the delivery protocol they are using, but it must be homegrown and proprietary. It is obviously a real-time protocol like PCoIP from Teradici being used in VMware View, but it is NOT PCoIP. I haven't taken the time to analyze the bandwidth usage yet, but my guess would be upwards of 5Mbps if it is available. However, it does dynamically throttle itself, making the graphics a bit more lossy, in order to maintain good framerate and response times. Only when I was playing over WiFi in a horrible area in my house for signal strength did I see major degradation and stuttering… but the client also paused and recommended I get a better signal before continuing. 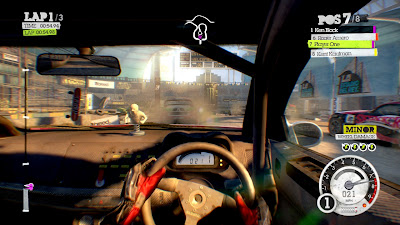 I think what I am most impressed with, considering that the actual game session is on a remote machine and all of the display data and I/O has to traverse the internet, is the responsiveness of my input through the controller. For instance, I was playing Dirt 2 and felt like the game was running locally because there was zero lag on any sudden input I made through the controller. If there was any type of delay the experience wouldn't work, so kudos to them for getting this right.


While I wish I had time to be a hardcore gamer, the reality is that I have a wife and five kids that need my attention when I am not working 40+ hours a week. The OnLive service allows me to be a casual gamer without shelling out a ton of money every year to have the latest and greatest gaming rig, and the experience is what I would classify as "good enough" for the minimal cost and the flexibility it provides.

Posted by VirtuallyGeeky at 8:23 PM No comments:


I am really surprised how into soccer I became these past months since coaching my 9 year old son's soccer team. I started watching the Fox Soccer Channel on TV and went to The Philadelphia Union MLS (American "Major League Soccer") soccer game at PPL Park on June 23, 2012. It was an awesome game (may have been that they beat their opponent 4-0) with great offense and defense by The Philadelphia Union! I haven't seen the MLS soccer games on TV, and certainly not on the Fox Soccer Channel. It looks like they are broadcast from time to time on various channels, so I might try to start watching more games.

When I got home and started to try and find out more about MLS and The Philadelphia Union I found that they recently changed head coaches and the game I attended was the team's first game under the new coach. Until the June 23rd game they were in dead last. So I guess I'm glad I got to see them when they were on fire! They scored their first goal at just 1 minute 34 seconds into the game! They also won their next game with 5 goals (!) and won the last game of the season, so I would say that this new coach seems to have really turned the team around.

I'm really bummed that the American men's soccer (football) team didn't qualify for the Olympics, but I will pick a team to cheer for (most likely Great Britain since I have friends from there).

I'm glad that I was able to see the technical side of soccer through coaching and that I love to watch the games now.